Our lab is part of a collaborative NIH-funded Center grant that supports translational studies in animals and human subjects focused on unraveling the neural substrates underlying vulnerability and resilience to alcohol use disorder. Our project, which involves a collaboration with Dr. Sara Jones employs a wide range of behavioral and neurobiological approaches seeking to characterize sex differences associated with adolescent social isolation, a well-validated rodent model of alcohol addiction vulnerability. This project is also testing the hypothesis that adolescent social isolation heightens vulnerability to behavioral and neural adaptations promoted by models of alcohol dependence, with a major focus on circuit adaptations between the basolateral amygdala and nucleus accumbens.

Synaptic Correlates of Vulnerability to Alcohol Use Disorder. 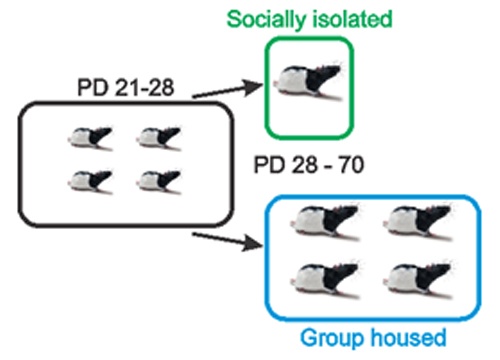 The central goal of this project, now in its eighth year, is to employ sophisticated optogenetic and chemogenetic approaches in outbred rats to identify circuit-specific alterations that play a causal role in the “addiction vulnerable” phenotypes promoted by adolescent social isolation. Additional studies are seeking to develop novel pharmacological treatments that can reverse the maladaptive neural and behavioral alterations promoted by this early life stressor. Our current studies are following up on the finding that adolescent social isolation promotes increases in the intrinsic excitability of glutamatergic pyramidal cells in the basolateral amygdala, and examining downstream projections from these cells in brain regions like the ventral hippocampus and central amygdala.

This is a new project that involves a collaboration with Dr. Kim Raab-Graham. These studies are following up on findings that adolescent social isolation leads to the expression of behavioral hallmarks of PTSD-like deficits in extinction of fear learning. These studies will integrate circuit-mapping techniques and a wide range of behavioral, neurophysiological, and biochemical approaches to determine if adolescent social isolation increases vulnerability to rodent models of PTSD and whether addiction- and PTSD vulnerability-like symptoms are mediated by overlapping neural adaptations. Ongoing studies are currently testing the hypothesis that both models promote decreases in the expression and function of somatic and dendritic small conductance, Ca2+-activated potassium channels and that these adaptations play a causal role in the addiction- and PTSD-like phenotypes engendered by these models. 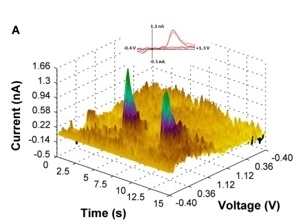